It’s 1995, 6 years before Derek Zoolander is tapped to kill the Prime Minister of Malaysia.

Maury Ballstein is a man with a plan.  He’s just signed four up and comers to Balls Models.  Inspired by MTV’s “The Real World” he’s secured a fabulous agency apartment where the models, all from different backgrounds, will share a bedroom and compete with each other for modeling jobs.

His mission?  For Balls Models to be featured in a segment on “House of Style.”  By throwing these four idiots in a zero privacy/stressful environment, Maury convinced Cindy Crawford that their dynamic would make for great supermodel tv.

The first roommate to arrive is the Swedish-born juicing fanatic, Meekus.  Meekus, a fan of “The Real World” knows that the first to arrive gets to choose the best bedroom.  He’s excited to find not only one room, but bunk beds.  And one of the top bunks says his name!  So happy!

Rufus, a personal trainer that only focuses on core work is the next roommate to arrive.  He immediately runs up to his Lichtenstein-like portrait on the wall.  He cannot believe it!  In the picture, he’s wearing his favorite blue sunglasses.  He never told anyone that those were his favorite! This place is the best.

Brint, the former Psychology major saunters in next.  He wanted to help people sort through important issues, but flunked out when Professors would not accept “Orange Mocha Frappuccino” as a thesis topic.

He finds a closet full of free “Balls Models” swag and immediately throws on a logo’ed sleeveless tee.  He flexes his arms in the spoon mirror and smiles.

Derek, the junior petite who can’t turn left, is the last roommate to arrive.  He stands in the doorway with his bags and sees his roommates for the first time.  They all break into big grins and start dancing around the apartment.

Cindy Crawford, who has been filming this whole time, is bored.  She turns to Maury, “You promised me this would be a disaster!”

Maury breaks up the impromptu dance party and starts telling the roommates the apartment rules.

Maury was met only with blank puppy-dog stares.

Why weren’t they fuming?

While the roommates weren’t, Cindy Crawford sure was.

“Uh, Earth to you idiots.  Didn’t you hear what he said?”

The roommates started howling with laughter.

They kept saying “Earth to…” until the film crew packed up and left.

Maury was pissed.  But he couldn’t stay mad for long at these simpletons who couldn’t hurt a fly.

Rufus was the first to say it, “Hey guys – you are like brothers to me.”

Derek nodded, “When you say it, it’s more meaningful I think.” 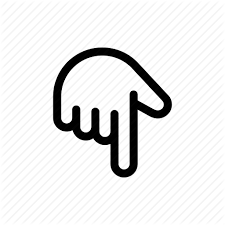 The More You Know –