Mark Zuckerberg, a brilliant Harvard student fond of hoodies, inadvertently hacks into a computer game company while stalking his ex at Boston College. 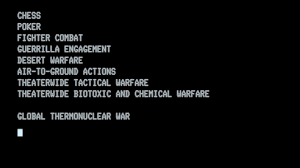 Intrigued by the list of games, he types ‘Let’s play Global Thermonuclear War’.

Asked which side he wants to play for: “I’ll be the Russians.”

After days of playing, Mark sees a news story about the increasing tensions between the U.S. and the Soviet Union.  Frightened, he asks the computer if this simulation was a game or if it was real.

The computer asks, “What’s the difference?”

Scared, Mark writes “What is your primary goal?” 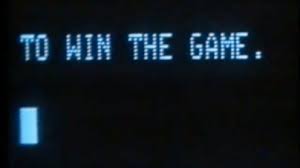 The FBI raids Mark Zuckerberg’s home and takes him into custody.

At NORAD, Mark sits in an interrogation room.  The military is speculating on Mark’s motivations,

General 1: “There’s no way that a college punk can break into our system! He’s got to be working with somebody else. He’s got to be!”

General 2: “He does fit the profile perfectly. He’s intelligent, an underachiever, alienated from his parents, has few friends. A classic case for recruitment by the Soviets.”

While interrogated Mark learns that he had been playing with a NORAD supercomputer, BGMAC (Big Global Massive Attack Center).  It was programmed to cycle through nuclear war scenarios and learn how to win over time.

The computer program does not understand the difference between reality and simulation.

No matter who was playing, Mark argued, what we see on these screens is a fantasy; a computer-enhanced hallucination.  Fake.

Mark asked them not to listen to a machine and convinces the military to let BGMAC go through all the no-win scenarios. 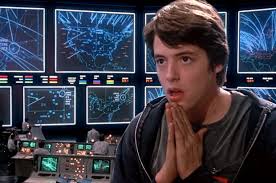 BGMAC discovers the concept of mutually assured destruction where there are no winners.  The computer tells Mark that nuclear war is a “strange game” in which “the only move is not to play.”

“How about a nice game of Fortnite instead?”