“It was inevitable that Black Widow would die in childbirth.”

Believing she was sterile, she was elated by the news.  It turned out that the big guy’s altered DNA reversed her condition.

The pregnancy was taxing.  Every time one of the babies got mad, her stomach exploded three times its size.

While the doctors recommended terminating the pregnancy, she refused.

After a month, her small frame couldn’t support them anymore.  Black Widow gave birth to 900 babies and succumbed to her death.

The little monsters were cannibalistic by nature, and their sibling rivalry was fierce.

These are the few that survived:

The Triplets: Made a living making candles out of their own earwax.  Sold at Dollar Stores nationwide.  In the sale section.

Lou Ferrigno: George put him out of his misery.

The Green Lantern: Has an unresolved Oedipus Complex. 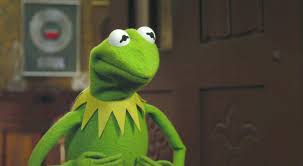 Slimer:  Worked for Hi-C in the 80s.  Was downsized and is now at Nickelodeon.

Poison Ivy: Got mom’s good looks and dad’s temper.  She made a list of her enemies after being left for dead.  Killed them all.  Sword collector.

Gumby: Left out and dried up.  Had to be thrown away.

The Black Widow and the Hulk’s children may not be Avenger material, but they are trying their best.

After all, it’s not easy being green.