LAST SEEN:  Running for local office with the former FLOTUS by his side.

OPENS WITH:  Trump on life support in the White House basement.  The lifeless real Trump was on the verge of uniting the country, ending nuclear missile programs around the world and curing cancer.

Jared Kushner hires a Trump impersonator to run the country until Kushner can frame him and run for office himself.  Unfortunately, he hired Evil Trump. 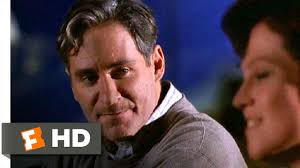 Melania figures out the truth:

Melania: [after Evil Trump reveals his true identity] What do you do for a living?

Evil Trump: You mean, when I’m not running the country?

Evil Trump: I run an agency of firing consultants. You know, letting go secretaries and stuff. 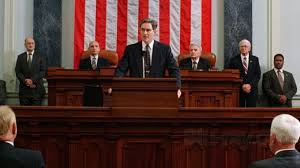 Evil Trump finds a way out.  He devises a plan during the State of the Union:

Evil Trump: Okay, let’s get right to the guts of it: every one of these accusations is absolutely NOT true.  I’m the President, and as they say, the buck stops here. So, I take no responsibility for each one of my illegal actions. But that’s not the whole story.

I think the American people are entitled to the real truth.  I have here evidence in the form of notes, letters, and written memoranda, proving that Jared Kushner was involved in each of these illegal acts, and in most cases planned them as well.

If you’ve ever seen the look on somebody’s face the day they finally get fired from a job, I’ve had some experience with this, they look like they could die. And it’s not about the paycheck, it’s about taking away their respect, it’s about looking in the mirror and knowing that you’ve done something valuable with your day.

Evil Trump slumps to the ground and pretends to have a stroke.

As Evil Trump exits the getaway ambulance his secret service agent Duane turns to him,

“I would have shot a bullet in you.”